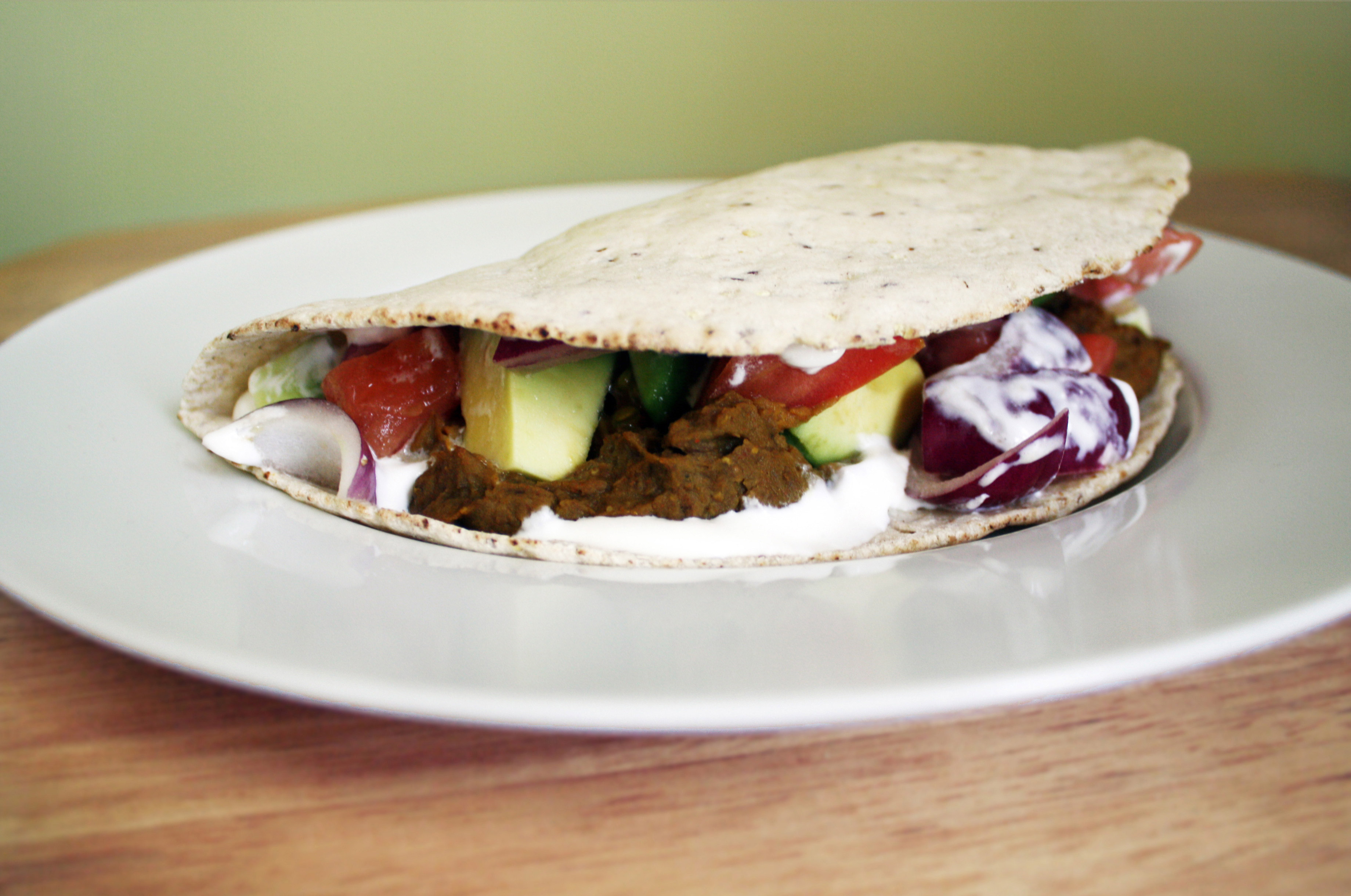 Tasty and filling veggie tacos that take under 10 minutes to make!

Chop the vegetables; mix / intersperse them; and separate them into two portions.

Empty the can of beans into a sauce pan, stir in the spices, and heat on low.

Heat tortillas on a non-stick pan or in the stove until they're slightly crispy.

Spread a liberal amount of coconut yogurt or vegan sour cream onto each tortilla.

Add beans to one half of each tortilla, or spread out over the whole tortilla if you’re not using sour cream.

Add veggies to other halves.

Squeeze lime halves onto both halves of each tortilla.