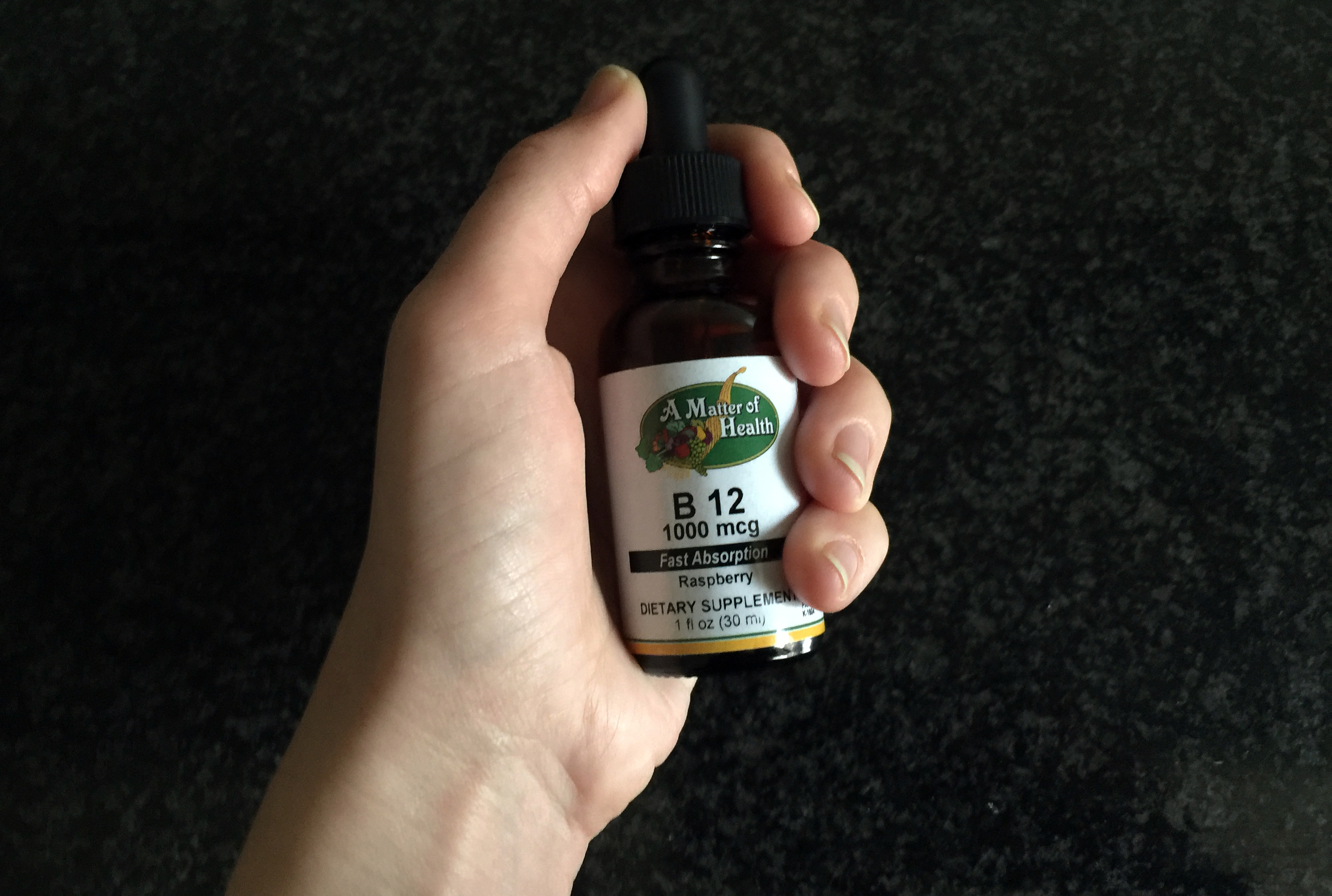 If we eat a varied whole foods plant-based diet that’s high in fresh fruits and vegetables, then we can rest assured that we’re reaping far more benefits from our diet than someone on the Standard American Diet (SAD). However, there are a few missing nutrients in the vegan diet that I wish I had known about when I first started out.

In my journey to discovering the secrets for an optimal vegan diet, I’ve found that even nutritionists and doctors aren’t always clear on what supplements vegans actually need. Doctors are usually under-informed about nutrition (they barely teach any nutrition at all in med school), and both doctors and nutritionists can have a personal bias towards omnivore diets, thereby convoluting the matter. Although a well-rounded vegan diet does lack a few small but important elements, these by no means negate the wonderful mental and physical benefits one gets by becoming vegan. Still, it’s important for vegans to know about these nutrients and take steps to ensure that they don’t develop any deficiencies.

Before I get into the supplements that I’ve found helpful, I want to address the most common question vegans get asked by skeptics: “But where do you get your protein?”

Our culture is woefully misinformed about protein. This is not through any fault of our own – it mainly has to do with advertising and lobbying by the meat and dairy industries since factory farming took off at the beginning of the 20th century. Still, the fact that people generally assume that meat, dairy, eggs, and fish are the only forms of protein does demonstrate how naive most people are about basic nutrition principles.

Here are the real facts regarding protein:

Isn’t it remarkable that such basic, straightforward, and essential information was obscured from us? Our culture is totally preoccupied with protein, and yet in hospitals dealing with real medical issues, protein deficiency is not a thing.

On the other hand, obesity, heart disease, and diabetes – which have been conclusively linked to animal products – are widespread in our society.

So now that we’ve cleared some of the misinformation surrounding protein, here are a few things vegans would benefit from: B12, vitamin D, and DHA and EPA.

B12: the most critical supplement for vegans

B12 is needed for the regulation of the body’s nervous system and the production of DNA. It protects nerve and red blood cells and promotes circulation throughout the body. Since it’s a required nutrient for optimal brain function and energy production, deficits can lead to fatigue, anxiety, depression, difficulties concentrating, poor memory, and pins and needles in one’s hands and feet.

While supplementing with B12 as a vegan is necessary, we should hesitate to point to the lack of B12 in vegan diets as evidence that it’s flawed. The main reason we can’t get B12 from a vegan diet is because it’s a nutrient found in the soil, and in our modern world, we wash and clean our vegetables.

I use Pure Therapro Rx Meythl B Complete which has both methylcobalamin and adenosylcobalamin. It’s a bit pricey, but one bottle goes a long way, especially if you just take it a few times a week. There are also tons of cheaper options for B12 out there.

Since the best source of vitamin D is the sun, those of us living in the northern hemisphere can become susceptible to vitamin D deficiency in the winter months. Inadequate vitamin D intake has been linked to many serious health issues including osteoporosis, cancer, and autoimmune diseases.

Interesting fact: vitamin D isn’t actually a vitamin, but a hormone! Much like photosynthesis in plants, our bodies absorb sunlight through our skin and then convert it into vitamin D in our kidneys. Vitamin D is important for calcium absorption, cell growth, immune function, mood regulation, and warding off inflammation.

Dr. Michael Greger of NutritionFacts.org recommends that we take 2,000 IU of Vitamin D per day to maintain optimal levels. In the winter months, I use NATURELO vegan vitamin D3, which has 2,500 IU and offers a little more than the dose Dr. Greger recommends.

During the spring, summer, and fall, I scale back on my vitamin D supplementation and instead expose my skin to the for about 15 minutes every day, wearing sunscreen the rest of the time I’m outside to avoid getting burned.

Omega-3’s, which are important for brain and heart health, are easy to obtain through seeds like flax, chia, and hemp, in addition to seaweed. However, some doctors have raised concerns that these vegan omega-3 sources don’t contain DHA, which is important for preventing depression and other mental health issues.

Udos Oil 3:6:9 DHA Blend contains the ideal ratio of 3:6:9 fatty acids from sunflower, flax, and sesame seeds as well as vegan DHA (sourced from sea algae). It goes great on rice and pasta leftovers, and adds a dynamic richness to smoothies. You can find it at Whole Foods and most health food stores.

Another excellent form of DHA is E3Live, a form of blue-green algae found in Upper Klamath Lake in Oregon. Blue-green algae is considered by many to be the most nutritionally dense food on earth. It is rich in protein, essential fatty acids, chlorophyll, vitamins, and trace minerals. Benefits of consuming E3live include more energy and vitality, better focus, improved mood, and healthier skin.

E3Live can be consumed as a shot by combining one teaspoon with water, or you can add it to smoothies and juices.

Finally, Dr. Furhman has a formula called DHA + EPA Purity, which you can add to juices, tea, and other beverages.

While vitamin B12, vitamin D, and omega-3’s with DHA appear to be the most important supplements for vegans to consume, a multivitamin can also good to have on hand to make sure you’re fully covered. Multivitamins have been under scrutiny for either providing certain vitamins / minerals that are dangerous to consume in supplement form, or their inability to be properly absorbed. And obviously, multivitamins are by no means a substitute for a healthy diet, where we should be getting most of our nutrients from. I’m a fan of Dr. Furhman’s Women’s Daily Formula, which Dr. Furhman formulated to “fill in nutritional gaps in healthful diets,” such as vitamin B12, vitamin D, vitamin K2, iodine, zinc, and taurine – without the ingredients that can be harmful in supplement form. It also contains his special blend of superfoods including extracts from maitake mushrooms, broccoli sprouts, açaí, and goji berries.

Taurine is an amino acid that helps the body to assimilate nutrients, moderates cellular activity, and protects visual pathways. Our bodies naturally synthesize taurine from the foods we eat. However, very intense workouts may deplete our taurine levels, thereby outpacing our bodies’ ability to manufacture it.

After an intense workout, I have found supplementing with 1/4 tsp taurine powder (stirred into my tea in the morning) helps me to recover more easily and have more energy throughout the day.

What about the cost?

Supplements and multivitamins can definitely add up in terms of cost and they’re not particularly exciting things to splurge on. If you’re a vegan who is trying to economize and get away with the minimum supplementation necessary, know that the one supplement you need to supplement with is B12, because eventually you could become deficient and potentially develop irreversible nerve damage. The average B12 supplement is cheap so the expense should be a nonissue.

The fact that we can’t get some nutrients such as B12 from vegan diet without taking a supplement does not diminish the benefits of a vegan diet for our physical and mental health. A vegan diet decreases our risk for heart disease, obesity, and cancer, among other maladies, and also adds to our life expectancy. Not only is a vegan diet beneficial to us, but it allows us to opt out of a system that causes untold suffering to billions of animals, while reducing our ecological footprint.

Vitamin B12 in the Vegan Diet – Vegetarian Resource Group

Vitamin B12 Benefits: 4 Types and Their Health Benefits – Global Healing

How Much Vitamin D Should You Take? Nutritionfacts.org

Do Multivitamins Cause Women More Harm Than Good? – Dr. Furhman

What Vegans May Be Missing – DHA – Dr. Furhman

2 thoughts on “Vegan Supplements: The Basics”