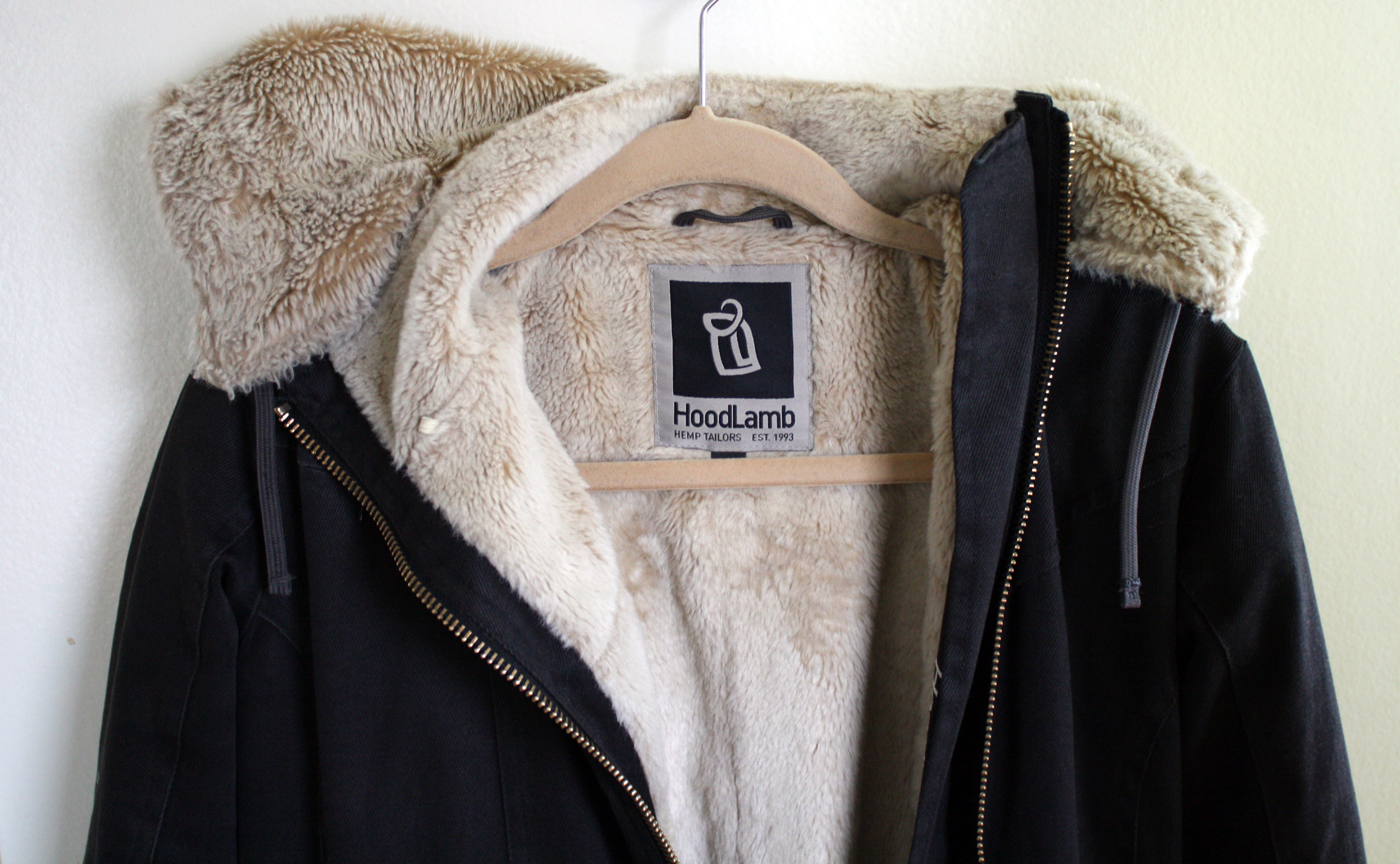 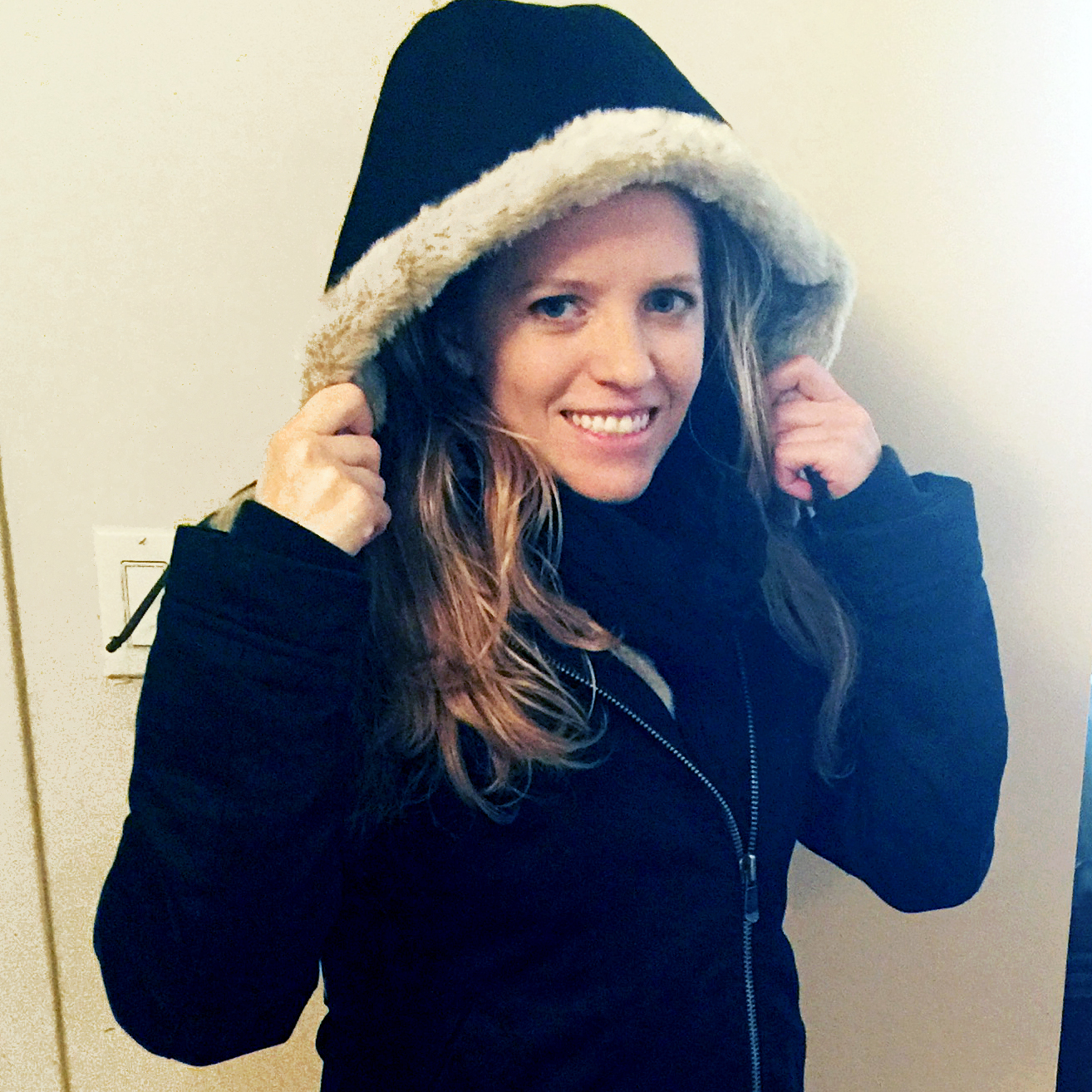 Wearing my Hoodlamb jacket made from hemp. The brand has since been discontinued, but you can still find their outerwear on eBay

As a vegan, the most difficult fashion challenges are shopping for vegan shoes, outerwear, and accessories – as these are the clothing and accessory categories that are most saturated with animal fur, hide, and feathers.

I faced this conundrum a few months into being vegan, when I realized that almost all of my shoes, bags, or coats were sourced from animals. I had already been feeling overwhelmed about the insidious ubiquity of animal products in food, and the task of having to carefully scrutinize food labels to see if they had any any sneaky animal ingredients, such as casein in dairy-free cheese and egg whites in veggie burgers. Now on top of my vigilance around food, I had the extra challenge of analyzing where my clothes came from. Would the list of things I had to question and investigate ever end?

Giving away my leather shoes and bags was fairly easy, because after a few months of being vegan just looking at them in my closet made me feel upset. But I have to admit that I was a bit reluctant to give up wool and down. At first, I rationalized that ducks and sheep who were used for their feathers and wool weren’t killed in the process, and that they were probably being humanely treated. However, after I learned about the truth behind wool and down production, I knew that I could not continue supporting these industries either.

I began the process of searching for vegan outerwear. It took me a while to get the lay of the land, but I eventually got a sense for what my options were.

Goodwill, eBay, and other thrift stores

Before I look elsewhere, I try to check and see what’s available at my local Goodwill and eBay. It’s the most eco-friendly option and the frugal part of me loves getting a good deal. 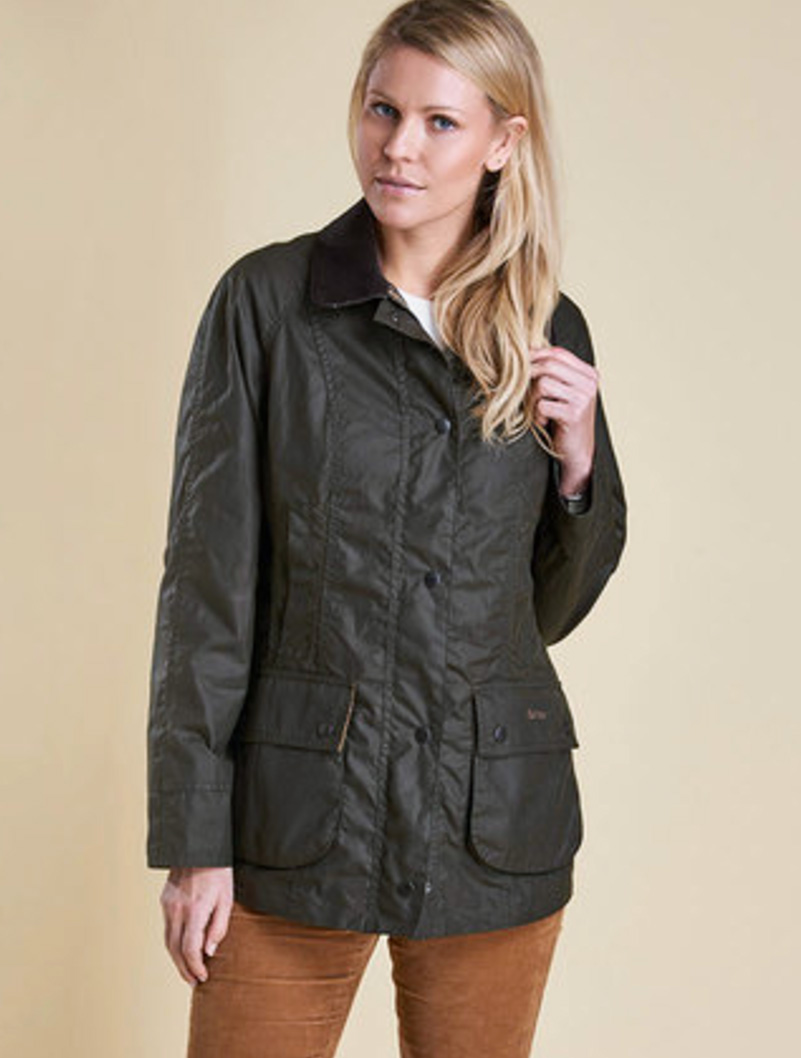 Barbour makes waxed canvas utility jackets that are excellent quality and are great for cool fall or spring weather. They come with big pockets that make carrying a bag sometimes unnecessary. 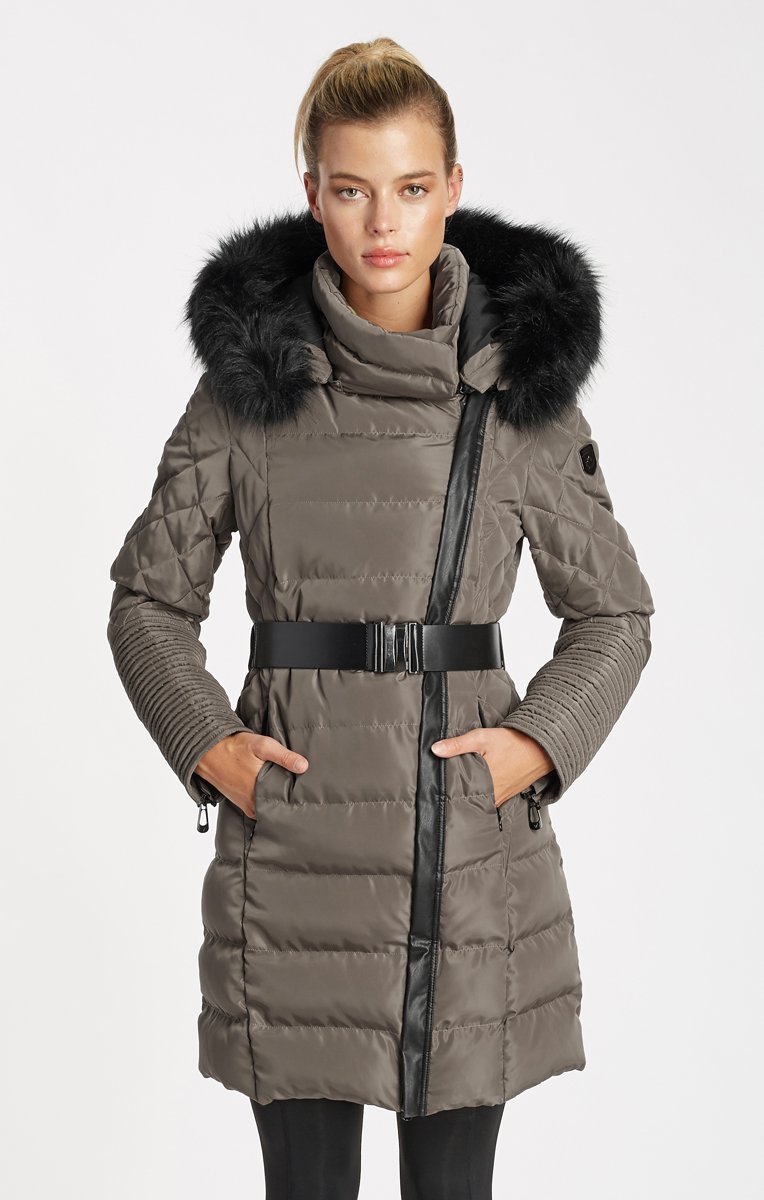 Noize is a Canadian brand selling stylish vegan outerwear made with polyester, quality faux-fur, and vegan leather. Their coats are ideal if you’re going for a sophisticated look.

Sherpa-Lined Parkas from Abercrombie & Fitch and the Gap

Mainstream brands like the Gap, Abercrombie & Fitch, American Eagle Outfitters, and Hollister usually come out with several vegan-friendly coats each year. However, they also sell coats made with down and wool so you have to be careful and read the product description. 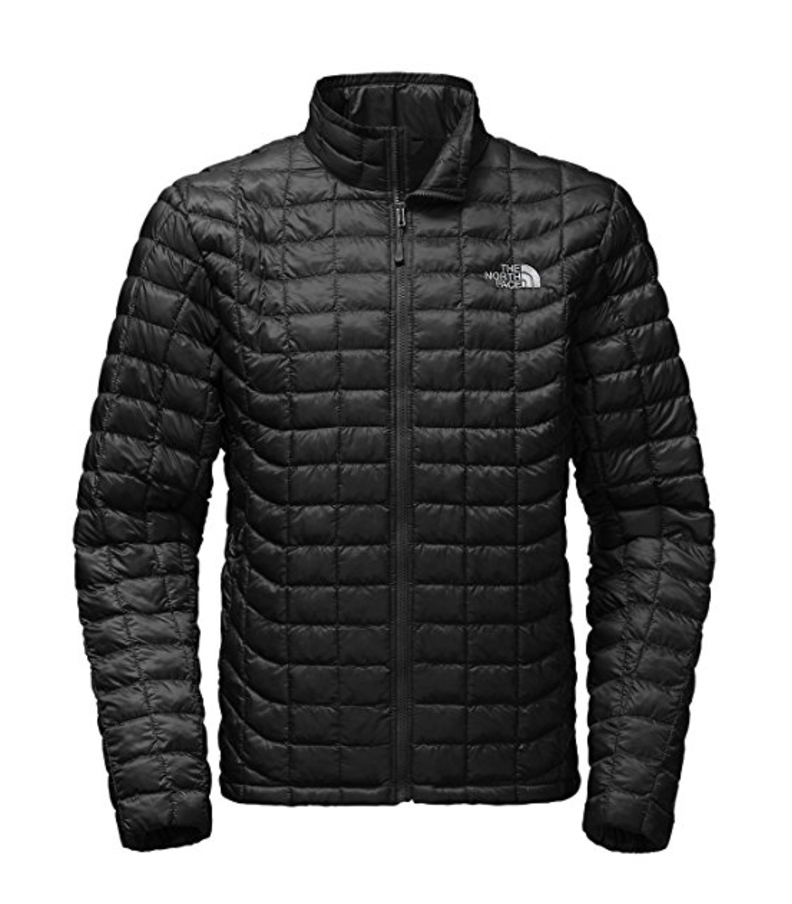 PrimaLoft is a nice down alternative that’s both warm and lightweight.

The North Face has a great PrimaLoft line called ThermoBall. I’ve found their jackets and vests to be particularly good for hiking.

When looking for hats, gloves, and scarves, look out for wool and cashmere. Polyester, acrylic, and fleece are all good alternatives.

Fall through spring, I usually alternate between these two hats:

Chelonia Beanie by Turtlefur – Made with fleece. I love this hat because it’s so warm, soft, and stretchy. It’s also very compact, so it’s easy to fit in your pocket.

Bones Beanie by The North Face – Made with acrylic fleece. This one is a little heavier, but equally as comfortable.

They’re great for day-to-day wear, as well as hiking and other outdoor activities.

Etsy also has a great selection of vegan beanies.

The brands I usually check out for vegan scarves are Athleta and Vegan Bohemian Fashion.

When it’s cold, I love my warm fleece gloves from REI. 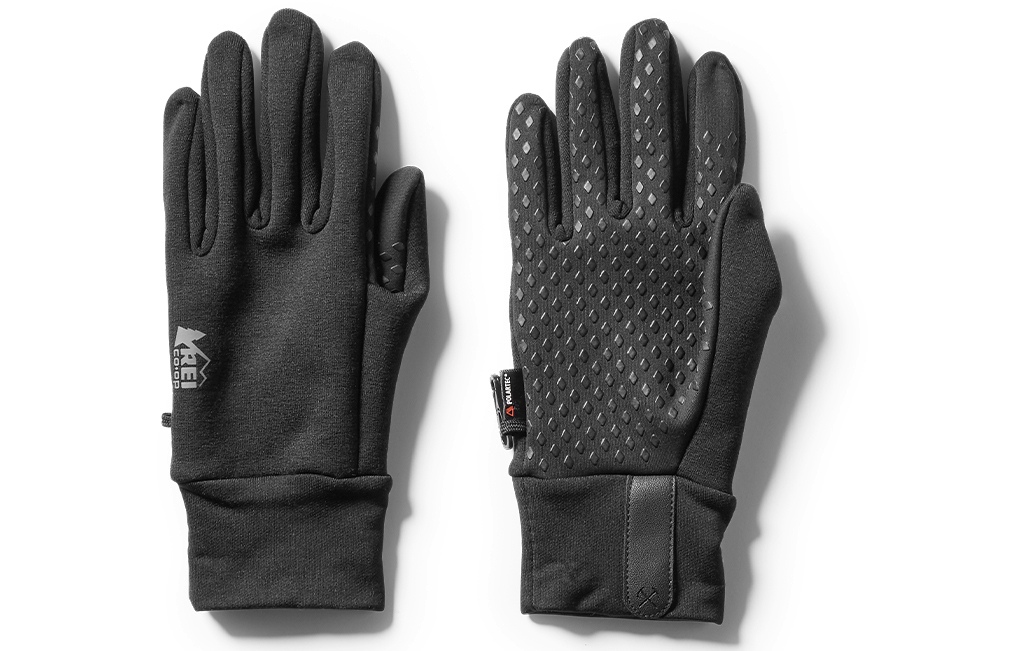 In business, animals are viewed as property. They become reduced – in a company’s eyes – to economic units of production. They are denied many of their natural instincts and desires – such as to socialize and roam in nature. They are usually confined, mutilated without anesthetization, and slaughtered.

Here are the problems specifically with wool, down, leather, fur:

Wool – From sheep who had “mulesing” (chunks ripped out of their skin) performed on them without anesthetization. They are roughly shorn of their hair, which provides insulation from cold weather. Eventually, they’re usually shipped on a long arduous boat trip, to the Middle East only to be brutally slaughtered.

Down – Typically from ducks in China who are also exploited for eggs, meat, or foie gras. The soft undercoating beneath their top layer of feathers is violently torn from them several times while they are alive and then once more after they had been killed.

Leather – From cows in India and China, where there are no animal welfare regulations. Animals used for leather are confined on filthy factory farms, and dehorned and castrated without anesthetization. On the way to the slaughterhouse, they are crowded onto trucks and subjected to all manner of weather extremes. They may not be stunned properly before being skinned.

Is fashion worth all of this suffering? Nope, especially when there are vegan alternatives!