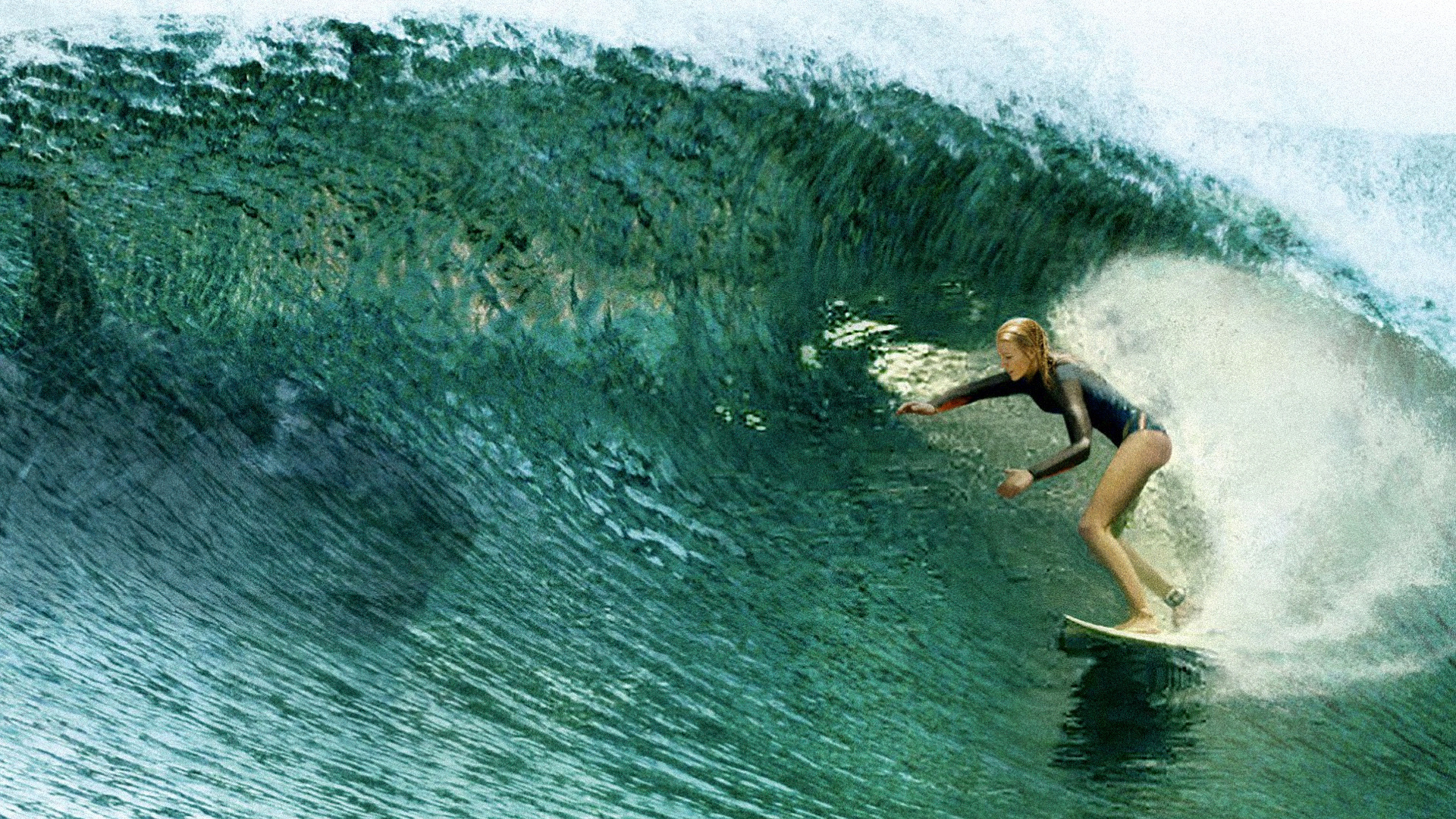 I’m a sucker for survival stories. There’s something about people being stranded in the wilderness or ocean, armed with nothing other than their own ingenuity and grit that I find to be very compelling. Maybe it’s because these sort of situations are so different from our own everyday banal lives. It was probably with this in mind that I watched The Shallows one night. The morning after, I found myself jotting down impressions from the film as I was doing my daily morning pages. I then figured I may as well turn the journal entry into a post. Here it is!

The film centers around the story of a young woman (Blake Lively) on a solo trip to Mexico, who while surfing by herself gets attacked by a deadly, Jaws-like shark. After breaking free from from the shark, Lively swims to a rock in the middle of the cove. She remains there for most of the film, while the shark continues to circle her. 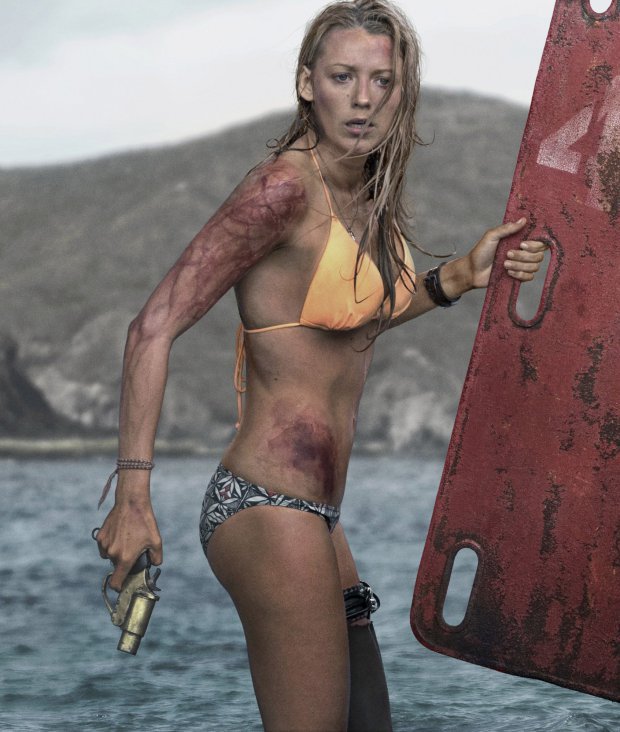 I will admit that overall, I thought the movie was quite well-done. It’s a simple, minimalist story in which Blake Lively gives a strong performance as a resourceful and independent woman. The cinematography was dynamic and edgy, showcasing the beautiful landscape of the cove where Lively surfs before getting brutally attacked by a shark.

I was pleasantly surprised by the fact that even though Lively’s character was in a bikini most of the time and she has a toned physique, the cinematography didn’t emphasize the “heterosexual male gaze” too much. Rather than focus on her appearance, the film seems to explore her emotional and psychological journey.

The story is mainly symbolic, the director Jaume Collet-Serra explained in an interview for The Wall Street Journal. It’s about the universal issues and experiences we encounter when we’re faced with challenges in life – what mythologist Joseph Campbell called The Hero’s Journey. Lively’s character must dig deep to summon all of her strength and the inner resources she didn’t know she had in order to transcend a dire situation.

One aspect I really appreciated about the movie was the sense of companionship Lively develops with a lone seagull with whom she finds herself stranded. Like her, the seagull has also been injured by the shark, and is adrift in the bay, far away from their kind. The seagull helps Lively’s character by making her feel less alone just by virtue of their presence. Lively, in turn, helps the seagull by fixing their dislocated wing and sending them to shore on a broken surfboard towards the end of the film.

Side note: the shark in The Shallows is not real, it’s computer-generated. The seagull, however, is real. 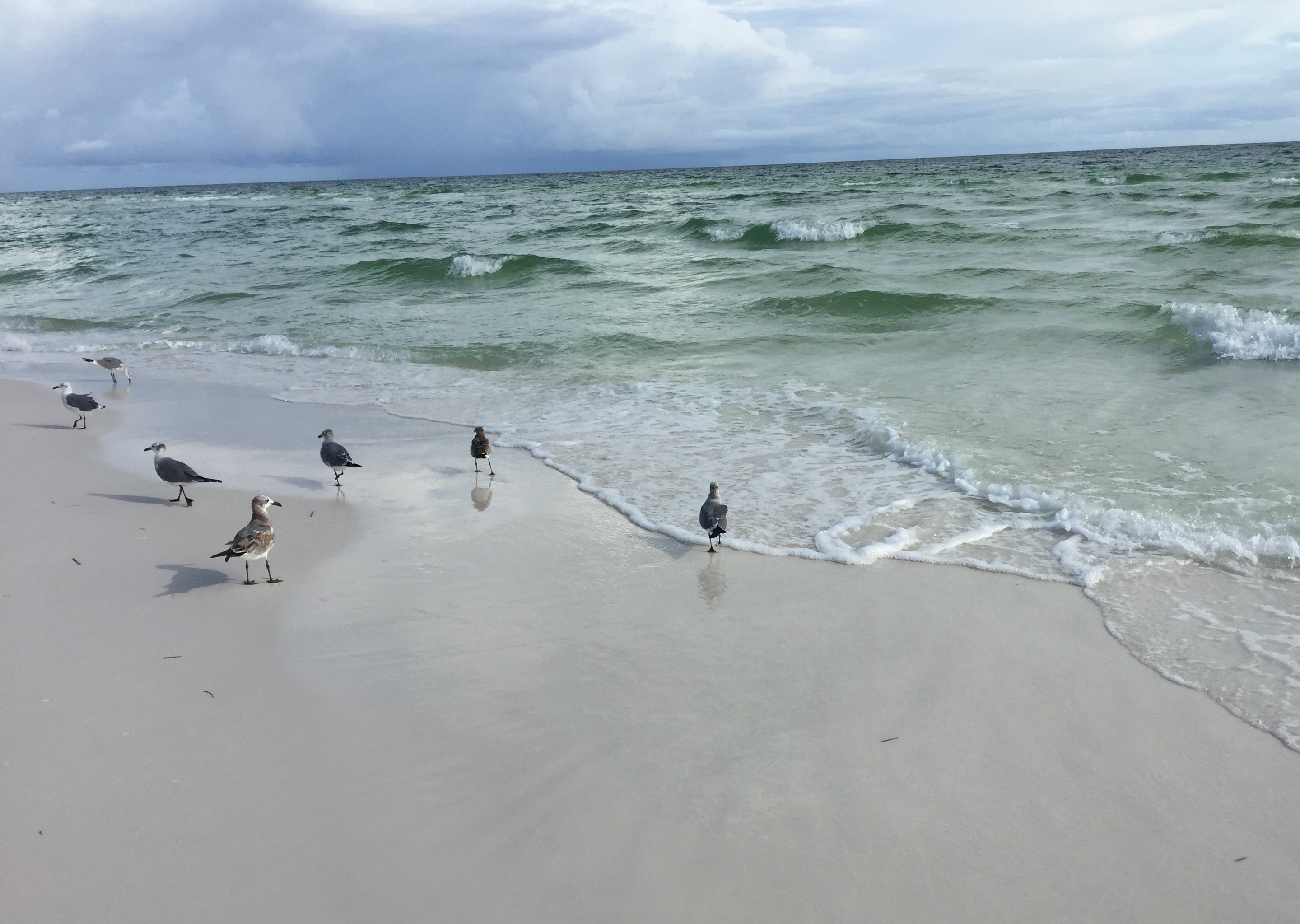 Some shorebirds I came across on a beach walk during a trip to the Florida panhandle.

I found this unexpected friendship to be touching. Too often, humans treat the wildlife we randomly encounter with disdain, when we could feel a sense of kinship with them.

The main glaring flaw with regards to the film is… can you guess? In my opinion – and most environmental conservationists will agree with me – it’s that the film perpetuates both our fear and “otherizing” of wild animals, and the sentiment that wildlife and nature ought to be conquered and extinguished.

This misconception that sharks are a threat to humanity is both dangerous and ironic.

The ocean, like all ecosystems on earth, relies on complex interactions between different species, including sharks, to maintain its equilibrium. As it is, this equilibrium is already majorly disrupted by pollution, rising CO2 levels, ocean acidification, plastic, and overfishing.

Though we do hear occasional stories of shark attacks in the news, humanity poses a much greater threat to sharks than they do to us. For every 1 human killed by a shark, 2 million sharks are killed due to poaching, loss of habitat, and pollution. We kill about 11,000 sharks every hour, 270,000 per day, and 100 million per year.

In the past 50 years, the population of sharks in the ocean has declined by 90 to 99 per cent, thanks to us.

One example of the many ways in which humans attack sharks is through the practice of “shark finning.” In China, Shark Fin Soup is a popular dish that relies on this unbelievably inhumane method of exploitation and slaughter. Fishermen bring sharks to the surface, cut their fins off, and then throw the sharks back into the ocean – where they die a slow, agonizing death. Tens of millions of sharks die in this nightmarish fashion each year. 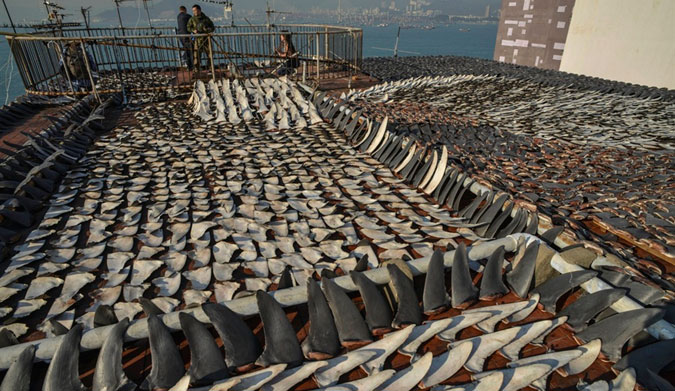 So clearly, The Shallows got the equation wrong. Very wrong.

Our oceans are in a state of collapse and all of the oceans’ fish are on course to be extinct by the year 2048. It could very well be the case that within a few decades’ time, we will be showing our grandchildren photos of sharks and saying that these incredible creatures once existed, but because of the carnage our generation wreaked on the earth, they will never be seen again.

Given this context, the idea of making a film centered around a human attacked by a shark without even acknowledging the ways in which humans attack sharks on a massive scale is environmentally and ethically misguided.

At one point towards the tail end of the movie, when Lively’s character has made it to a nearby pillar buoy, she points a flare gun at the shark and says “Fuck. You.” before launching the firework at him / her. The hatred and vitriol with which Lively curses at the shark underscores the film’s portrayal as sharks as the embodiment of everything that is completely malevolent in the world. 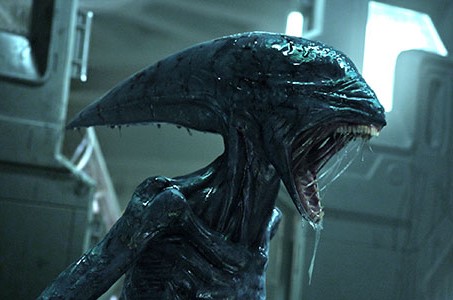 I was reminded of the Alien movies my guy friends used to make me watch as a pre-teen and teenager. In those films and others like it, the aliens were sinister, grotesque creatures with evil designs on the humans. In the end, the attractive, wholesome humans would vanquish the threatening, messed-up looking aliens, and we’d sigh knowing that everything was right in the world.

By elevating the human to hero status and reducing other creatures to pure evil, such films reinforce contemptuous attitudes towards animals. Our speciesist ideology encourages us to perceive animals through a haughty and derisive lens, which in turn sanctions our violent behavior towards them. However, the truth is that animals are complex and subject to many of the same feelings and emotions that we are. If such mainstream action films were to be morally and environmentally responsible, they would explore the ethical implications of the violence we inflict on other animals. But because they aren’t, we’re stuck with the same old narrative of human triumph over animals and nature.

There are a few redemptive factors in the film. They are that 1) Lively’s character is a surfer, so therefore it follows that she has a deep sense of appreciation for the ocean and 2) she develops the friendship with a seagull (which was awesome).

As far as PR goes, there was a small amount of backlash when the film was released by environmental organizations. Care2 even went so far as to petition Lively to donate 1% of her salary from the film to shark conservation, saying, “Blake Lively is responsible for perpetuating the false belief that sharks should be hunted and not helped.” As of right now, the petition has received over 44,000 signatures.

To her credit, Lively did mention the importance of appreciating sharks in an Instagram post, noting, “Sharks are such majestic creatures that need to be protected. I’m grateful for my time with @mikerutzen and @pauldegelder who have taught me so much about the importance and beauty of these sea wonders.” 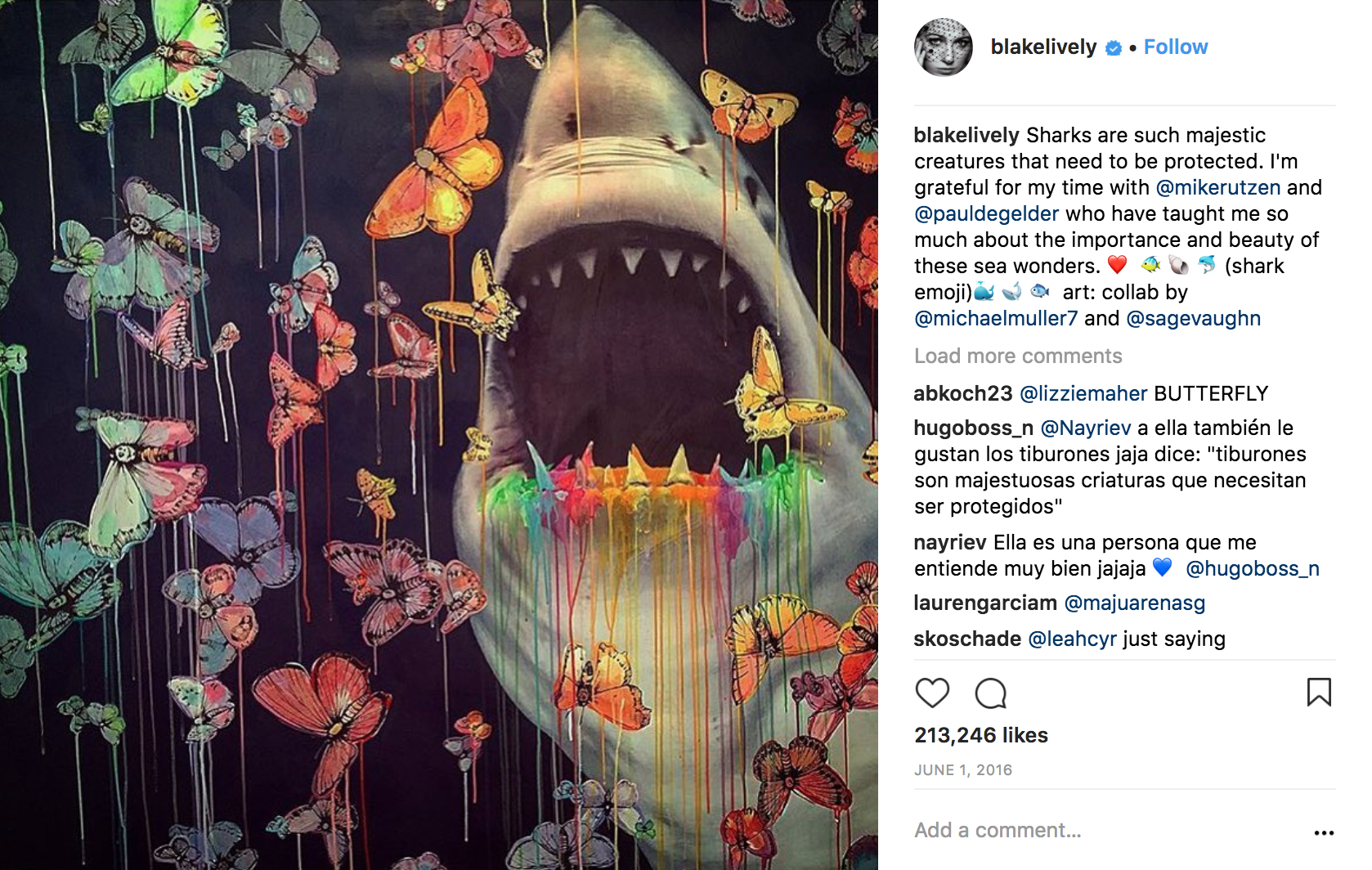 Still. As if that one post was enough to neutralize the message being broadcast to the millions of impressionable people through the film that sharks are evil, destructive entities that threaten humanity.

But the blame for this issue doesn’t fall on Blake Lively’s shoulders per se. It’s really more of cultural problem for which we are all responsible. As a society, we need to put more effort into raising awareness about the various ways in which we are destroying the earth and its inhabitants. We need to be mindful of how we talk about and represent other animals. Sharks, like all species with which we share this planet, ought to be respected and conserved. After all we have put them through, we owe them that much.