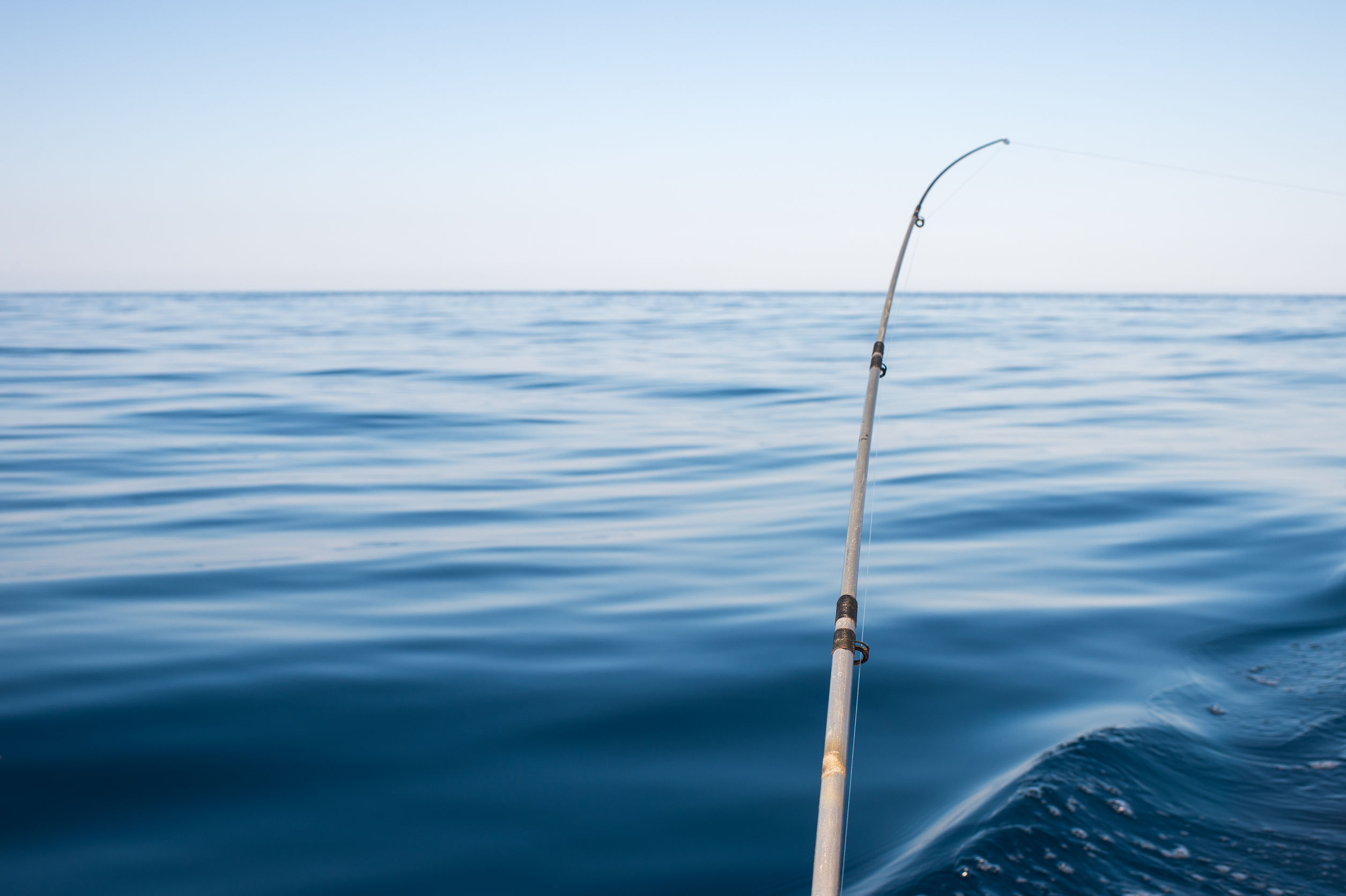 “Is it really a sport if you have all the equipment and your opponent doesn’t know a game is going on?” – Bill Maher

In our society, fishing is seen as a fun, wholesome, and peaceful past-time that can be the perfect way to unwind by ourselves or bond with friends and family. As with our other “rituals of dominion,” (author Jim Mason’s terms for the recreational activities in which we express our domination over nonhuman animals), the harm caused is usually overlooked alltogether.

When I was growing up, I had a handful of experiences fishing. My friend’s dad was really into fishing and I went out on the boat with them a few times. I remember the first time I peered into the bucket where the captured fish were flopping around as they fought to breathe, and feeling a sharp pang of concern and indignation. These fish were clearly distressed and suffering! But when I looked around and saw everyone around me acting blasé about it, and I thought to myself ‘it must not be that big of a deal.’ I’ve told a few people this story and it seems to be a practically universal experience. Almost everyone has a memory of being taught at one point or another that the suffering of animals doesn’t matter.

I promptly forgot about it, but the trauma of suppressing my innate sense of compassion was still etched into my unconscious. It was just one instance where I, like other children, was taught not to pay attention to my emotions and perceive them as valid. How many other times growing up did my gut instinct tell me that the various things we did to animals (such as putting dogs in crates a.k.a. cages and bits in horses’ mouths) were wrong? And how many more times did I rationalize that it must okay, because no one else seemed to care?

My innate sensitivity towards nonhuman animals continued to diminish over the years, replaced with the callous and cynical attitude of our culture. Luckily, I was jolted out of this trance in college when I stumbled across my first slaughterhouse video. As I educated myself about the real shadow and dirty secret of our culture – the abuse and mistreatment of animals on an unfathomably massive scale – I re-examined the speciesist beliefs I had inherited growing up. I gradually got back in touch with my instinctive understanding that animals like us, have an interest in avoiding discomfort and death.

I learned that fish can in fact feel pain and suffer tremendously when they are wrenched out of the water and left to suffocate to death. I also learned that catch and release, though considered more humane, can cause so much trauma to the fish that many of them die.

These days my thoughts about the two “sports” of fishing and hunting are more or less the same. I think that the people who participate in them are mostly well-intentioned in the sense that deep down, they just want to slow down and reconnect with nature. The main issue I take is that the outward objective is to kill. And while being out in nature can be a great way to bond with our children, what are we teaching them when we take them hunting and fishing? That violence towards other sentient creatures can be fun and that it’s okay to ignore our moral compass.

The end of fish

Recreational fishing is helping to empty our oceans of life. Over the past 50 years, our society has seen a huge rise in the popularity of fish, in addition to there being more people. As a result, our oceans have 90% less large fish than there were in 1950.

Although most overfishing is caused by commercial fishing companies, the effects of sport fishing are not negligible. A study by Florida State University revealed that recreational fishing accounts for killing almost 25% of overfished saltwater species.

Fish – is it a really a health food?

Whether we get fish from commercial or sport fishing, consuming them can pose health hazards. Fish have high amounts of fat and cholesterol, and they accumulate carcinogens in their flesh as the result of water pollution. Chemical residues concentrate in the fat of fish, where they can be up to 9 million times more toxic than the surrounding waters in which they swim. Some of the more well-known dangerous toxins found in fish are mercury and PCB’s.

Fish do have some nutritional value because they contain omega 3’s, but we can easily obtain plant-based forms of omega 3’s from foods like flaxseed, chia, hemp seeds, pumpkin seeds, walnuts, and blue green algae like E3Live.

Other ways to connect with nature

There are many other ways to commune with nature that don’t involve killing animals, such as walking, hiking, rock climbing, biking, swimming, kayaking, and surfing. More low key activities involving the outdoors could be gardening, reading a book on the beach, journaling or meditating outdoors, birdwatching, or simply watching the sunset.

To learn more about the inner lives of fish, check out the work of biologist Jonathan Balcombe and his book What a Fish Knows.

To learn more about overfishing and the likelihood that our oceans will run out of fish by 2048, watch this Dutch documentary called Sea The Truth.

Last but not least, Fish Feel is a nonprofit organization dedicated to promoting recognition of fish as sentient beings deserving of our respect and compassion. Their website is an excellent resource for learning more about the lives of fish.